How we enjoyed this quiet time at Shanghai

How did we enjoy this quiet time at Shanghai? It’s been a couple of months since the outbreak of coronavirus. We’ve been staying in and keeping outdoor venturing minimum, building up the inner zen  …

Still, having fun: how to pass the time during the time of ‘staying in’ all that long, especially not by choice! Exercising at home, making spaces at living rooms, getting used to stretch out any time if feels like; friends try to perfect the culinary skills, no fear with heat in the kitchen… It will be an epic winter in the memory.

Shopping apps are the nearest and dearest for the restrained lazy toes, instructions on how to make the use of Hema, DingDong（叮咚买菜）, not to forget TaoBao, and, JingDong… Those delivery guys are the heroes.

Like entering uncharted territory, will life or the way of living quite the same or different in Shanghai from now on? Oh, perhaps… wait and hope, as Dumas cheered.

Get ready when it’s all over..

Our blog image overlooks NanPu Bridge at Power Station of Art, we’ll make a “splash” on it in blog in the near future.

How to make the best shopping in Shanghai

How to make the best shopping in Shanghai, it’s not a funny question. We all know how much Shanghai has changed over the past 30 years, this means that we have to alter our mindset, which may expect that the prices of goods are still cheap. Plenty of shinning shopping malls sell the same or similar products at the same or similar prices just like we see at home. We assume that you want get something local, you want get bargain still. If that’s your thoughts, you still have plenty of choices.

First, we recommend the South Bund Fabric Market  we mentioned it in our previous blog, we’ve been there a couple of times, looking for the materials for our fashion up-to-date and some traditional outfits. It’s a place worthy visiting, fairly easy to get there too (a short walk after getting off Metro line 10), four floors of stalls for you to browse or decision making. Different fabrics are available from all seasons. Before we went there previously, we took some magazine images with us to show the in-store tailors, we discussed with them what we want, we wanted something based on the images with own “creativity”. It’s a pretty quick turn out, we went back once to try the fittings, the third time we went was to collect. Overall, the prices we paid for tailor to made are fraction of some brands. Some ready clothes are available too, you certainly can ask the stall owners.

Not only just fabric for clothes, you can also find accessories or linens, we find some handcrafted items too. It seems that the displays changes over the time.

As long as you organise ahead, go there with open mind, it’s unlikely you will waste your journey.

Go for this shopping

What are the Fun.

Categories:
About Shanghaishopping
Tags:
Explore the Cityshopping in Shanghai

Autumn is the time to see Shanghai

Autumn time to see Shanghai is just lovely. After the sizzling hot summer, the air is cooler and place is back to entertain, this is the season to visit the place and it has the offers on your ‘wish list’ ticked.

It’s gonna be busy when you are here this year. Shanghai Tourism Festival commences 9th Sep and ends in 6th Oct, a true extravaganza for the city, includes food, lights, music, sports. The Annual Shopping Festival kick starts the Tourism Festival this weekend with promotions and concerts, participated by 2,000 companies, should be worthwhile to make trips to some of their outlets.

People can hardly miss the fun in this year’s Tourism Festival. A variety of events spreads across several districts. For instance, XuHui district prides itself with Hengfu Art Festival, it tempts with jogging events (every Saturday during the festival), street concerts and evening shows in the park. Some of its events are held at the celebrities residential villas, such as Jin Ba (late novelist) and LePing Zhang (late cartoonist). (See our highlights for this district.)

Apart from these events, autumn is genuinely nice to visit Shanghai. Change between the seasons brings out the charm of a lively cosmopolitan: colours, smells, noise and food. You can easily explore the city and its beyond, without worrying sunburn or freezing cold. (check on our affection for all seasons in Shanghai) 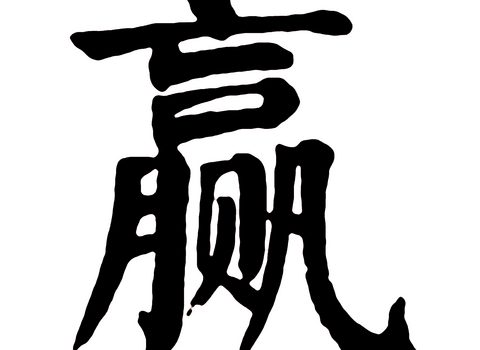 When the result of Brexit vote was broadcasted, my WeChat popped out several messages from Shanghai: “UK decided out off Europe, what’s going to happen to the Chinese?”

When the result of Brexit vote was broadcasted, my WeChat popped out several messages from Shanghai: “UK decided out off Europe, what’s going to happen to the Chinese?”

“What is it likely if we are going shopping”…. People there are only interested in the values of their shopping British brands. Is it going to be cheap or be expensive? Minutes later afterwards, pound fell.

Apart from the plush high street retailers the big British brands opt in China, Shoppers in China do a lot online shopping. From the biggest Chinese online platform Alibaba (the Chinese equivalent to Ebay), they can buy thousands and thousands of consumer goods, millions of Alibaba’s online retailers (or small vendors) act as agencies to sell the British goods to Chinese. Those middlemen take handsome cuts for their labours. On Alibaba, you can find the stuff from M&S, Asos, Top Shop, Neal’s Yard… I was once shown some stuff, supposed to be British, which I have not come across in the UK.

The Chinese online shoppers are urban, relatively younger and audacious to go for anything foreign if it is a big attraction. The Chinese have to pay hefty import and consumption tax for the imports, but the scene is gradually easing in the recent years. However, the demand is still there. Some of the UK retailers have liaised with Alibaba, the products which bear their name can be sold directly to the consumers there, this can ensure the authenticity of the goods, a nice way to protect the brands.

Last year, the revenue on the Single’s day (Nov 11th 2015) for Alibaba was US$14.3bn, shoppers went crazy, it finished at US$170bn this year. Plenty of retailers (online middlemen) took the advantage and worked overnight at this Chinese black Friday then high-fived toast after the following dawn. .